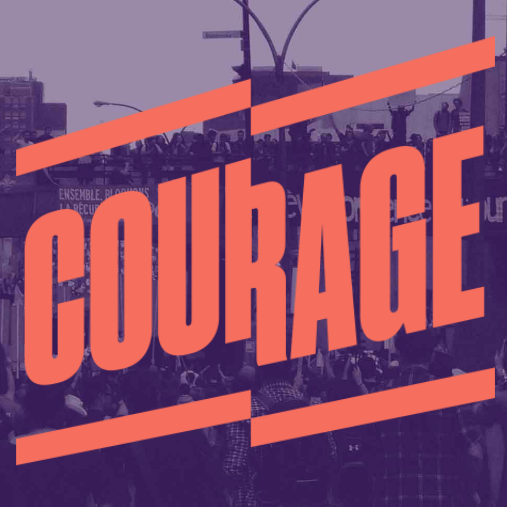 The narrative that has emerged in the current election from all political corners has given eco-socialists an opening that is unprecedented. Government activism has never played such a starring role in a federal election. Austerity, lower taxes, cutbacks—the usual themes on the electoral political stage—have been written out of the campaign scripts and the loosening of public purse strings now implies placing the public interest above private greed. In the midst of this political paradigm shift, proponents of the labour movement and advocates of systemic change have the opportunity of writing the next chapter.

We can thank the clear and present danger of the global pandemic for setting this new ideological stage. Covid-19 has revealed and exacerbated all the festering dangers and injustices of neoliberal politics and economics: the deterioration of the public health system, the ever-rising cost of housing, the vulnerability of BIPOC communities, the disabled, and the homeless, the lack of health and safety protection for workers, the widespread existence of income precarity, and so much more.

The pandemic has lifted the curtain on the opaque and complex network of corporate profiteers who use tax havens, trusts, shell companies, lax government supervision, market manipulation, public subsidies, and shortages and disruptions to drive income inequality to dizzying heights. As usual, the old and young, the racialized, and the income-precarious are forefront victims.

life, the rapidly escalating climate crisis has afflicted vast regions of Canada with floods, droughts and forest fires, and dramatically underscored the failure of global and Canadian governments to seriously limit carbon emissions and to chart a way out of fossil fuel dependence. The climate has now made its way to the top of concerns among Canadians. Added to this is collective shock and grief now being expressed at the discovery of the bodies of thousands of Indigenous children destroyed by the colonial legacy of genocidal residential schools.

These traumas have delegitimized the neoliberal clichés traditionally advanced in favour of lean and mean governments and the sanctioning of massive investment in the public realm. This change has created fertile ground for ideas that point the way to a large-scale transition of the social order from one controlled by profit to one based on sustainability, ecological restoration, shared resources, justice, equality, Indigenous sovereignty, and workers’ rights.

Such a vision contrasts sharply with the Liberal government’s promotion of cosmetic incremental change and an inadequate social safety net designed to alleviate the worst consequences of capitalism, masked by the contrived rhetoric of progressivism. This has resulted in narrow commitments to climate mitigation targets and in much handwringing about the wrongs done to Indigenous peoples, while incursions on First Nation lands continue apace. The polished empathetic language of the Liberals amounts to old-style politics at its worst, where words are cheap, promises are empty, key details hidden, and concrete action is replaced by the spouting of values and platitudes.

THE NDP’S DEMANDS REFLECT THE SPIRIT OF THE LEAP MANIFESTO

The NDP, the traditional voice of the labour movement and the working class, has developed a spate of critically important proposals, and a trenchant critique of corporate profit-hoarding. The Party’s Ready for Better program includes unqualified support for UNDRIP’s “free and prior consent’’ requirements, an end to profit-driven long term care facilities, a one-million-jobs campaign with a green filter, a wealth and excess profits tax, a public pharmaceutical enterprise, free dental care, electrification of federal vehicles, public inter-city bus lines, mass transit, $10-a-day public childcare, commitments toward fare-free transit, a youth Civilian Climate Corp, expansion of the Indigenous Guardians Program to protect sustainability, an end to fossil fuel subsidies, and a Climate Bank to fund alternative energy projects. Such proposals represent a widespread and deepening turn to the public sphere, and a major shift to climate justice in the spirit of the Leap Manifesto.

Yet there is a basis for concern as to whether this program is distinct and visionary enough to distinguish the NDP, given the broad sweep of reformist promises inundating the airwaves and social media.

In its Green New Deal  of the North, Courage outlines the parameters of an authentic transition to a just, green economy from “wasteful consumerism to the communal luxury of free time; from private ownership to public and cooperative ownership models; from authoritarian corporate structures to workplace democracy; from enclosing the commons to expanding the commons.’’

It continues: “We need a clear plan to transition away from our current destructive energy and economic systems, which are based in exploitation and extraction, and into systems that are sustainable and just. We can’t afford to furnish huge profits to corporations every time we meet basic human needs. We need to start bringing essential aspects of the economy under community and worker control.”

It’s against these inspirational concepts that we measure the NDP’s Ready for Better platform.

The NDP plan calls for a million new jobs in energy retrofitting, childcare, housing construction, transit, renewable energy—all important items and happily faithful to the environmental movement’s call for a low-carbon economy, but the document doesn’t discuss the criteria governing this new employment, or its function in changing economic structures. On the other hand, the Green New Deal of the North urges that “all new green jobs [be] unionized and public, or administered under community-owned or cooperative models, so that profits benefit everyone.”

In fact, the NDP’s Ready for Better platform seems uninterested in a wholesale conversion of the current predatory economy, as witnessed by its support for the purchase of fighter jets, with its estimated $19 billion initial price-tag, and its failure to call for Canada to withdraw from NATO and end Canada’s alignment with U.S. military interests. While the Party’s election program aims to ensure “Canadian arms are not fuelling conflict”, and talks up peace-keeping and humanitarian missions, no concept of converting the country’s weapons-and-component industry into socially useful production is on offer.

Courage’s GND of the North, alternatively, demands we “massively reduce spending on military hardware and retool Canada’s growing arms industry toward green-tech production because war and instability caused by corporate profiteering is a massive source of climate emissions on its own.’’ Canada, it points out, has to “radically change its approach to foreign policy, emphasizing solidarity over our current model of extractive colonialism.”

Other shortfalls of the NDP program include the fact that it does not commit to a freeze on all new oil and gas projects nor sets a timetable for the end of fossil fuel production, a glaring omission pointed out by the Canadian Centre for Policy Alternatives. And while the platform promises to forgive up to $20,000 in student debt, remove interest from student loans and move towards grants, it does not advocate the much more transformational move towards free tuition.

As members of Courage we have to think critically about what proposals would best express the holistic integration of all the social, political, and economic changes needed for structural transition. We find this shift best expressed in the concept of our own Green New Deal of the North, the basis of an eco-socialist climate transition that is a stark contrast to the band-aid promises of the Big Business parties.

Still, Courage calls for active and critical support and engagement with the NDP in this campaign. As the voice of organized labour, the NDP is a class alternative to the two Big Business parties enmeshed in implementing the corporate agenda. The limited concessions they made and are making to working Canadians and their allies only further the interests of the corporate giants whom they faithfully serve. It took the pandemic to remind us  how powerful are the forces that maintained their operations—mines, manufacturing, construction, warehousing—without government constraint, as workers contracted Covid in the workplace, struggled to breathe, and sometimes died.

Ultimately, the NDP is the political arm of working people—it will need to take the reins of government to preserve our planet and the health, safety and security of this and future generations.