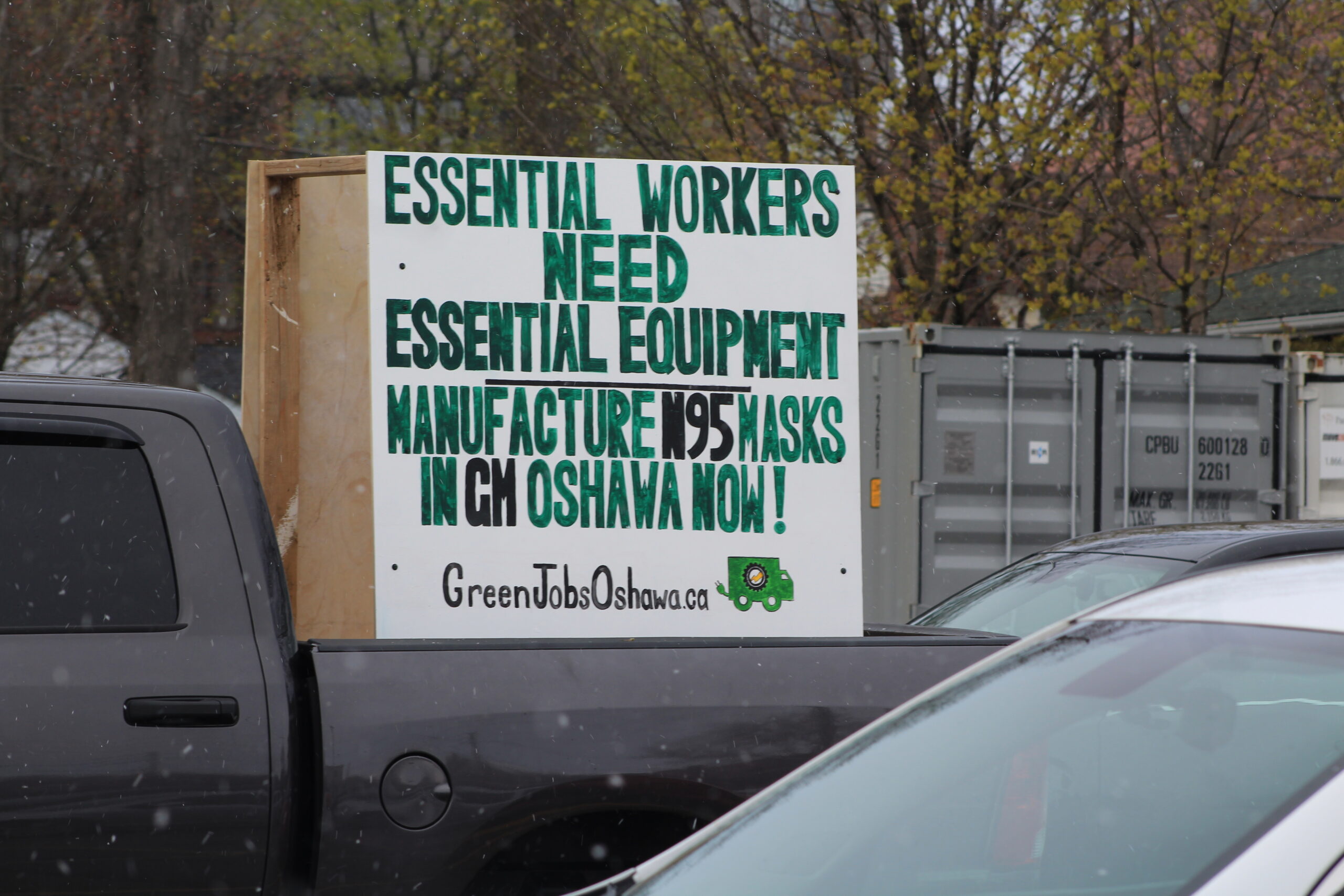 Whereas the Canadian government reports a shortage of over 150 million N95 masks, as well as additional shortages of Personal Protective Equipment (PPE), both of which endangers patients and front-line medical, nursing, and retail workers,

And Whereas this shortage has resulted from the failure of private capital and governments to produce, store and maintain adequate PPE supplies because they have placed the pursuit of profit above public health,

And Whereas the federal government has contracted General Motors (GM) to repurpose a small part of its almost-empty Oshawa assembly complex to produce masks,

And Whereas PPE production in Oshawa will only employ 60 workers on a temporary basis, while there are more than 5,000 recently laid-off GM and supplier workers available in Oshawa, and millions of square feet of factory space available,

And Whereas the Canada needs a permanent sufficient supply of PPE,

And Whereas Green Jobs Oshawa has already commissioned a feasibility study on re-tooling the Oshawa GM complex to produce electric vehicles and buses and found that it would create 13,000 good unionized permanent jobs, decrease CO2 emissions by 400,000 tonnes, and become a profitable company within 5 years,

And Whereas we cannot rely on the goodwill of corporations to address the current pandemic or to help us prevent future ones,

Therefore be it resolved that the Ontario NDP and federal NDP endorse and widely circulate the Green Jobs Oshawa petition and demand the Ontario and federal governments order an increased and permanent production of PPE at the GM Oshawa complex,

Be it further resolved that the Ontario NDP and the Federal NDP advocate for and introduce bills for the provincial and federal governments take the unused portions of the Oshawa GM complex into public ownership and re-tool it for PPE production, as well as the production of battery electric vehicles and buses for use by government and their agencies, such as the post office and transit agencies, and the production of other environmentally needed goods,

Be it further resolved that the ONDP and Federal NDP call for provincial and federal governments to requisition the conversion of other non-essential industries to the production of such goods to meet the current crisis.