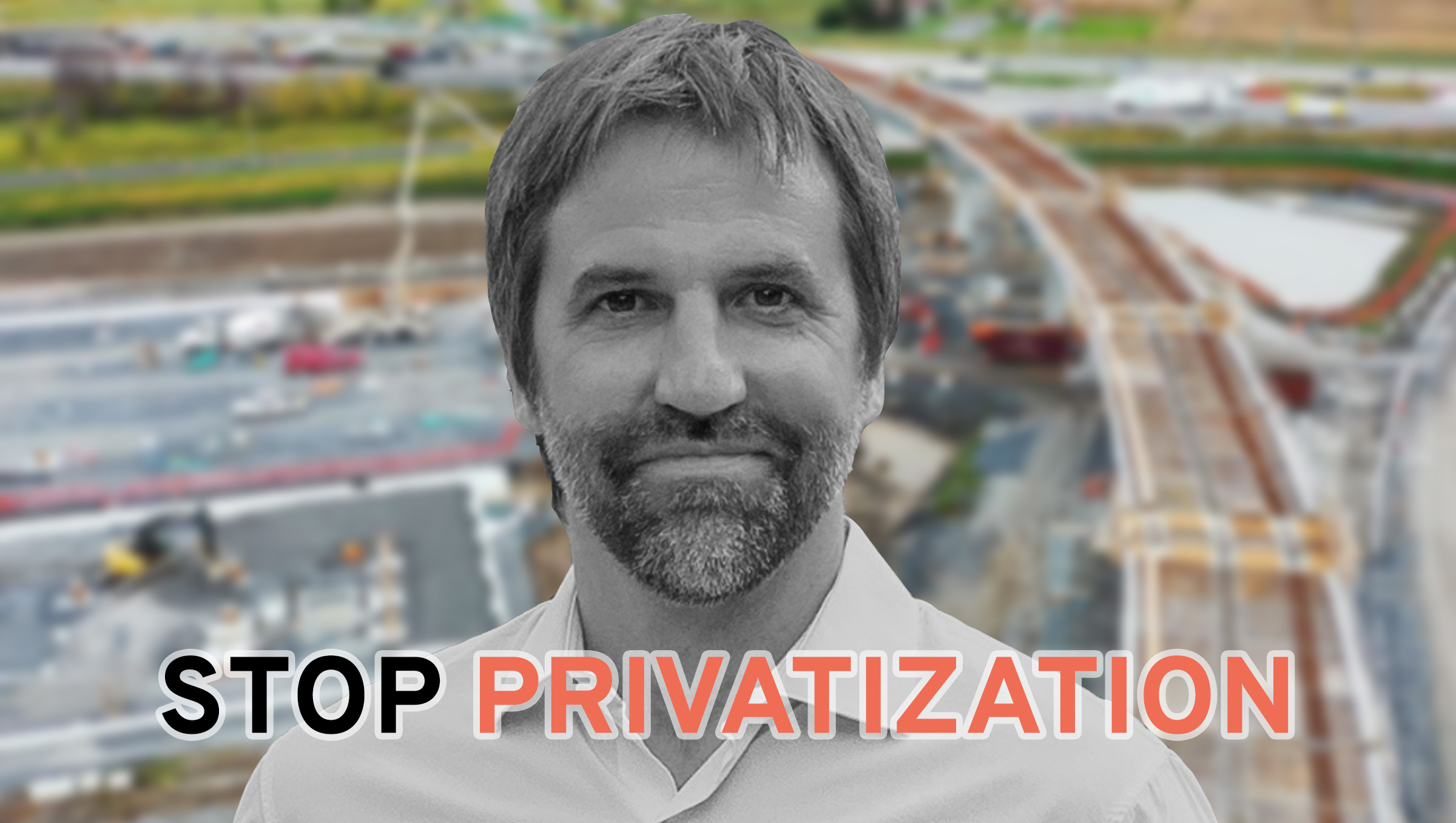 For the sake of the climate transition, the economic recovery and the public good, we insist that you reverse your previous support for privatization and commit to a publicly financed and publicly administered green recovery, creating good, unionized jobs. Privatization is expensive, inefficient, unpopular and unnecessary.

Steven Guilbeault is known as an advocate for the environment, and is one of three MPs who have reportedly been tapped to lead the “Post-COVID green recovery.” However, he also has deep ties – reaching back more than a decade – to private interests that could sabotage the success of a climate transition at this crucial moment.

That’s why we – his constituents and people affected by his policies – need Guilbeault to publicly disclaim his previous support for privatization (see “support for the REM” below) immediately. Guilbeault must commit to a climate transition centred on expanding the public sector, creating unionized jobs.

If privatization plays a key role in a “green recovery,” it could undermine public trust in climate transition at the very moment when that trust is essential.

“Public Private Partnerships” would also hand billions of dollars to private investors, who will likely store it in untaxed offshore accounts. That money is better spent on creating good jobs and delivering quality, zero-carbon services.

Ties to privatizers and tax dodgers

In 2007, Guilbeault joined the corporate consulting firm Deloitte. Not much is known about what he did there, but Deloitte is well known for public private partnerships (a form of privatization and corporate profiteering), boasting a “Public Private Partnership team” that is “at the forefront of the sector around the world”. The “Big Four” firm has been at the centre of a variety of political scandals in Canada, and is well known internationally for being one of the “masterminds of tax avoidance,” and the financial times reported that the firm had helped its multinational corporations and the super-rich undertake “industrial-scale” tax avoidance.

Guilbeault’s corporate connections likely helped out Equiterre, which forged deals with corporate actors and raised big money. In 2019, it received over $3 million in donations and $2 million from the Quebec government (more on that in a moment).

Guilbeault left Équiterre in 2018, but he had already begun styling himself as a Venture capitalist, working as a strategic consultant to Cycle Capital Management, and to Copticom, a private sector public relations firm.

Support for the REM

The Réseau Électrique Métropolitain is a disaster in terms of planning, cost, public benefit and even ecological impact. A multi-billion-dollar privatization boondoggle, the automated electric train serving several Montreal suburbs is designed to make profits for private investors, which will come from the public purse, likely at the expense of other transit services. In an unprecedented move, the routes for the elevated tracks were not chosen by planners working in the public interest, but to maximize profits from the real estate holdings of the project’s private investors.

But the project is electric rail, so at least it’s good for greenhouse gas emissions, right? Perhaps not. The massive amount of concrete required to build the raised rails will generate an estimated one million tonnes of CO2 emissions, meaning it will be many years before even narrowly-defined climate benefits are seen.

After the Province’s own environmental assessment found that the project probably wouldn’t fulfill its promises to the public or the environment, the REM was suffering from a credibility gap. Into that gap stepped Steven Guilbeault, who went to bat for the project, making the case for it in the press and with politicians.

His advocacy earned him praise from Michael Sabia, the privatization guru who has been tapped by the Liberals to lead their privatization-driving infrastructure bank. In advocating for the REM, Sabia explained, Guilbeault displayed a “pragmatic” approach “to bring other people onside, to build bridges.”

After Guilbeault’s performance, Quebec’s Liberal government announced it would give Equiterre $4 million to promote electric vehicles.

The Canada Infrastructure Bank, which has so far been allocated $35 billion to invest, is built around the idea that it can attract private investors to build or manage key infrastructure. However, interest rates are low and the government can borrow what it needs, so there is no real reason to attract private capital… except to generate profits for private investors at public expense!

Already, the CIB has looked at municipal water systems, airports, highways, rail lines, ports, energy, and of course the REM, discussed above.

How will these projects generate profits for private investors? The usual plan is to charge user fees for projects that are currently financed through tax revenue. User fees are effectively a regressive tax: the poorest members of society pay a bigger proportion while the rich pay less.

The result: accelerating inequality and resentment among the working class, which will undermine support for essential green infrastructure.

Guilbeault’s silence on this shockingly misguided agenda must end.

Public alternatives exist, corporate Canada is holding them back

Many proposals already exist. Postal workers have a plan to transform Canada Post into an engine for the green economy while financially empowering low-income and remote communities. Public sector workers have launched a campaign to bring all long-term care into the public sector after disastrous and unnecessary mass death during the COVID crisis. Courage has put forward a roadmap for publicly-owned telecommunications, which has become more pressing than ever as unprecedented levels of connectivity are required for work and civic life.

Governments around the world are turning to innovative “Public-Public Partnerships” – collaborations between different government bodies and agencies to create public interest solutions for climate, food, housing and more.

So what’s holding us back? The Liberals’ close ties to corporate interests mean that common sense policies like taxing the wealthy and corporations to fund public services remain out of reach. That’s why Steven Guilbeault must renounce these connections immediately and commit to acting in the public interest.