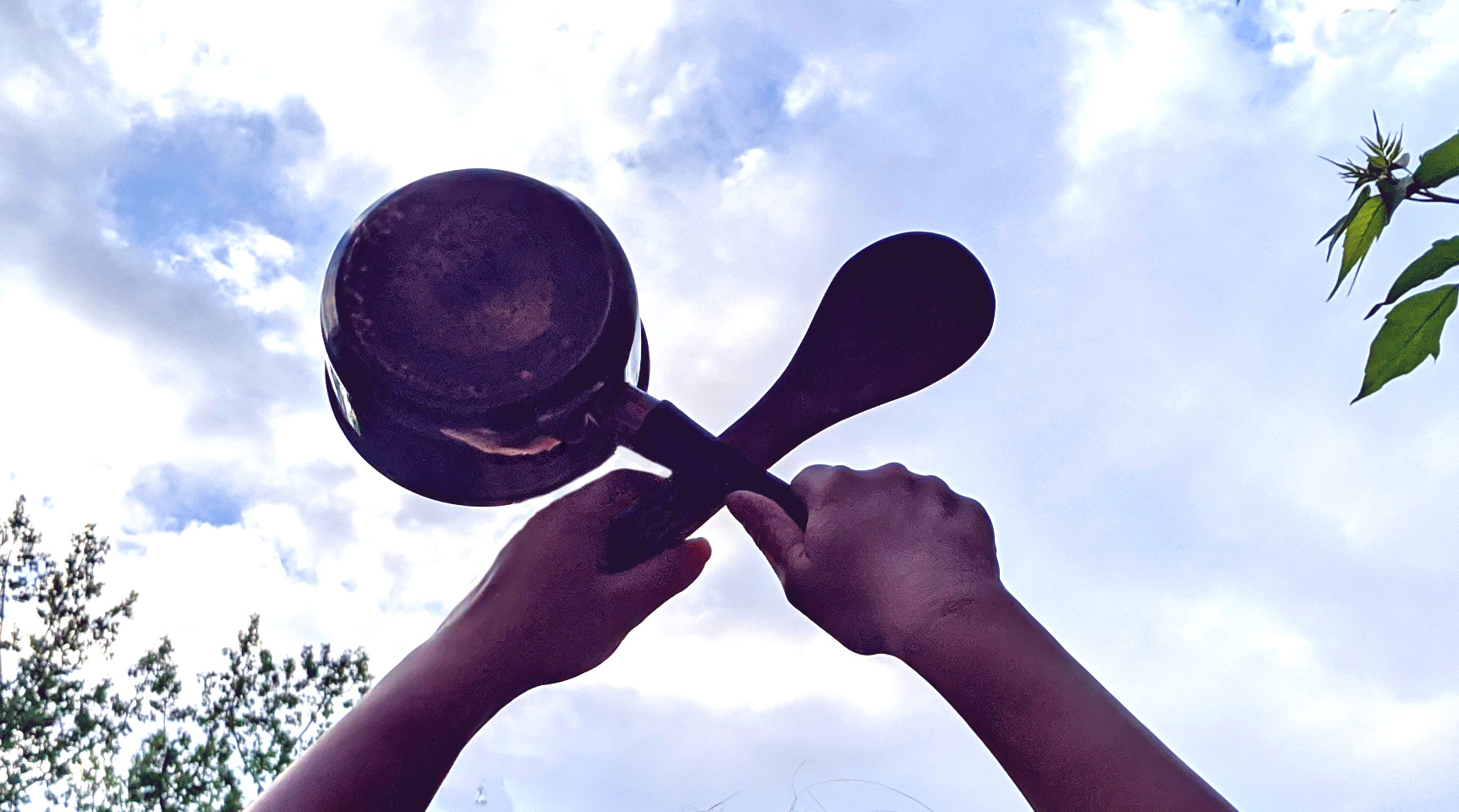 While business owners, investors and powerful corporations pressure all levels of government to “re-open” the economy, the crisis will continue to disproportionately threaten the well being of frontline workers, elders, migrant workers, and already marginalized communities.

Lives are at stake.

Physical distancing has protected many of us and our loved ones from the pandemic. As the “new normal” is negotiated, solidarity will protect us from the injustices of an economic system that sees the loss of human life as a cost of doing business.

Reports from essential workers tell us with alarming frequency: whatever their assurances, it’s not safe out there. Precautions are frequently flouted, equipment is often not available, and economic pressures lead to impossible choices.

We demand that all levels of government resist the dangerous pressure to reopen for the sake of corporate profits. Instead, we must build an economy that provides necessities like food and housing, protects everyone’s health, and increases dignity and equality.

Add your voice! Join the casserole on Thurday at 6pm! (And add your name at the bottom.)

The rapidly changing positions of the Legault government

Since mid-March in Quebec, solidarity has been critical to saving the lives of the most vulnerable. The decline of Covid-19 transmission is only possible through social distancing, and a collective will to remain at home to protect our friends and family members.

Quebec was the first province to limit the activities of schools, businesses and daycares in order to safeguard its population. François Legault’s government promised all non-essential businesses, schools, and daycares that reopening was not in the cards unless there had been a consistent two-week decline of transmission, indicating the potential for a safe return to “normal.”

In early April, under mounting pressure from the commanding heights of the economy, Legault wavered on these promises, saying that schools and daycares would likely open on May 4 – pending a “peak” of infection rates. On April 10, with a peak nowhere in sight, Legault began floating the idea of opening even before May 4. On April 28, Legault officially reversed his promises, announcing  concrete reopening dates for Quebec schools, daycares, and businesses: May 11th for Quebecers outside Montreal, May 18th for Montreal, due to a significantly higher case load in the city.

Then, Montreal’s reopening was pushed back another week, to May 25, due to the worsening situation in the city. He has since backed down, thanks to a major outcry from Montrealers.

Montreal construction sites and factories, however, remain “essential,” and many workers were forced to return to work as of May 11.  To date, the government has failed to present a plan that defers to actual virus transmission numbers or the advice of the most medical experts as a barometer for when reopening might happen more safely.

Legault’s rhetoric has also changed swiftly, from “flattening the curve,” in March to the unproven concept of “herd immunity,” to “social reasons.” The latter refers to a superficial if not disingenuous mental health narrative that the government has settled on to justify their push to reopen the economy prematurely.

Why not strengthen shelters for women and children experiencing domestic violence, food donation programs, and helplines? Because that doesn’t suit the business interests pushing for a “reopening”. Legault’s government deems it safer to endanger the lives of children, their families, and their teachers.

While Legault’s CAQ party is fond of pointing out that parents can choose whether or not to send their children, the parents most likely to have to make this difficult choice are among those living under the poverty line and yet deemed “essential” enough to be forced back to work.

The danger to people in Quebec

The government’s decision to impose a reopening schedule while abandoning its previous approach was made despite the fact that Quebec – and Montreal in particular – are experiencing a continual rise of infection rates.

As of May 8, Quebec had 2725 deaths, or 321 per million, one of the highest rates in the world – almost three times higher than the rest of Canada.

Despite the personal tragedies endured by over 4600 people who have now died in Quebec, we are continually told that reopening is inevitable and that Quebecers are living “two realities,” meaning that the crisis is only a pressing reality in the CHSLDs. The statement is not just problematic – because it relegates our older population to a second, inferior class – it is also simply untrue.

In Montreal, reports of sharply rising community-level transmission, overrun hospitals forced to transport patients as far away as Trois-Rivieres, and outbreaks in essential worker daycares, meat processing plants, grocery stores and prisons are daily news. Reports of deaths and serious health complications among young, healthy adults and children alike are increasing. Indeed, the “two realities” Quebecers are living can be found in the gap between our government’s messaging and the facts on the ground.

For teachers outside of Montreal, as for all other workers deemed “essential” since the start of this crisis, the return to work has been treated as mandatory. Fear of catching the virus, or of infecting families and loved ones is not considered sufficient reason to refuse work.

In line with their tendency to move swiftly from one narrative to another to best suit their purposes, the CAQ, facing a shortage of workers in daycares and schools, changed its guidance overnight from “workers over the age of 60 are at risk” to “workers over the age of 70 are at risk,” forcing many teachers and daycare educators in their 60s to return to work or lose their jobs, despite legitimate fears. Even the US Center for Disease Control insists that people older than 65 are at higher risk of severe complications.

For young children, this is an unnecessary social and scientific experiment. Due to teachers’ inability to reopen safely, schools will serve as little more than warehouses for kids, with students largely confined to their seats for 7 hours a day, without art or physical education, without the meal programs the government listed among its reasons for reopening, without support for special needs, and without protective equipment for frightened teachers.

It appears these will be “poor schools for poor children,” with some school administrators admitting they will keep their children home rather than subject them to these conditions, and the government advising parents who can to keep their children at home. In other words, well-off professionals who can work from home will do so, and the children of the vulnerable will be forced into an environment both dangerous and unstimulating, only widening Quebec’s sharp preexisting social divides.

Encouraged by the CAQ’s business-first mentality, corporations and employers have repeatedly ignored the warnings and demands of vulnerable workers seeking meaningful protections against the virus. Meanwhile, the CNESST, which oversees labour conditions and outlines safety protocols, has yet to rule on workers’ rights to refuse unsafe workplaces in 158 cases, delaying decisions under pressure from employers.

In the meantime, opposition to Quebec’s reopening is being heard far and wide: from a massive petition signed by nearly 300,000 people, to community voices in hotspots like Montreal-Nord, to front line workers in hospitals and long term care facilities. Quebec’s own health authorities, its opposition parties, and the rest of the country have become equally critical of the province’s push to reopen, even as we become a bonafide epicentre for COVID-19 transmission. What will it take for life to come first?

Whose lives will be sacrificed in this reopening? As in the US, UK, and Sweden, the dynamics of who is being most impacted are clear as the pandemic has exposed the deep inequalities within our society, Outbreaks are concentrated in poor and racialized communities, prisons, old age homes, migrant worker camps, and among health care workers. It is clear that risk is not distributed evenly.

Research from the UK shows that black people are four times more likely to die of COVID-19 than white people, due to existing social inequalities and racism. The growing infection rate in Montreal’s poorest neighbourhoods demonstrate these very same risks. The fact is, people have become expendable in the face of the needs of the economy – and some communities are being treated as more expendable than others. Our most vulnerable communities will only be further depleted as the economy is progressively reopened.

Reopening the economy in the midst of a pandemic is not in the best interest of human beings. Instead, our government might work to provide adequate shelter, access to food, and access to support services for all. If the Legault government had the best interests of people at heart, they would also quickly move to free nonviolent prisoners, ensuring safety for all, regardless of social status, background or personal history. Quebecers would also be given the choice to stay home and refuse unsafe work conditions.

Will children, parents, and public sector workers be forced to take part in an unsafe experiment placing themselves and their loved ones, families and communities at grave risk to ensure business continues as usual?

We do have a choice, and it amounts to a lot more than choosing unsafe work over going hungry or homeless. We must find ways to stay the course until the curve flattens, the guidelines set out by the WHO are fulfilled, and until we have the ability to trace contact, test, and reduce the number of cases. Corporate profit-seekers and their federations have been steering much of the policy of deconfinement. The large powerful lobbies of Quebec Inc. like le Conseil du Patronat, have been in regular meetings with the ministers of the economy and labour. The global consulting firm McKinsey Inc. was hired by the Quebec government to consult on the reopening of the economy and to advise the department of public health on its deconfirment plan. Corporate lobbies should not be setting public policy; they are only too willing to sacrifice the health and well-being of our communities.

The moment calls for creative action

While we cannot take to the streets to make our demands heard, we need to make them loud and clear by whatever means possible. Throughout many cities around the world, people have gone out onto their balconies in support of essential workers.

We are encouraging Montrealers to do the same in an effort to say, “There are no essential workers, only essential people!”.

We are demanding a full stop to the reopening of the economy and schools until it is considered safe for all. We do not have to put ourselves at risk of contracting the virus and we do not have to live with the decisions made by a political and economic class that sees our lives as expendable to their interests. It is their leadership that is expendable. Only through meaningful solidarity we slow the spread of the virus. It’s time to make an important choice: we must value life over the unyielding needs of the economy.

Lets make our voices heard by banging pots and pans and putting up online banners to show that our demands are more pressing than the demands of the economy!