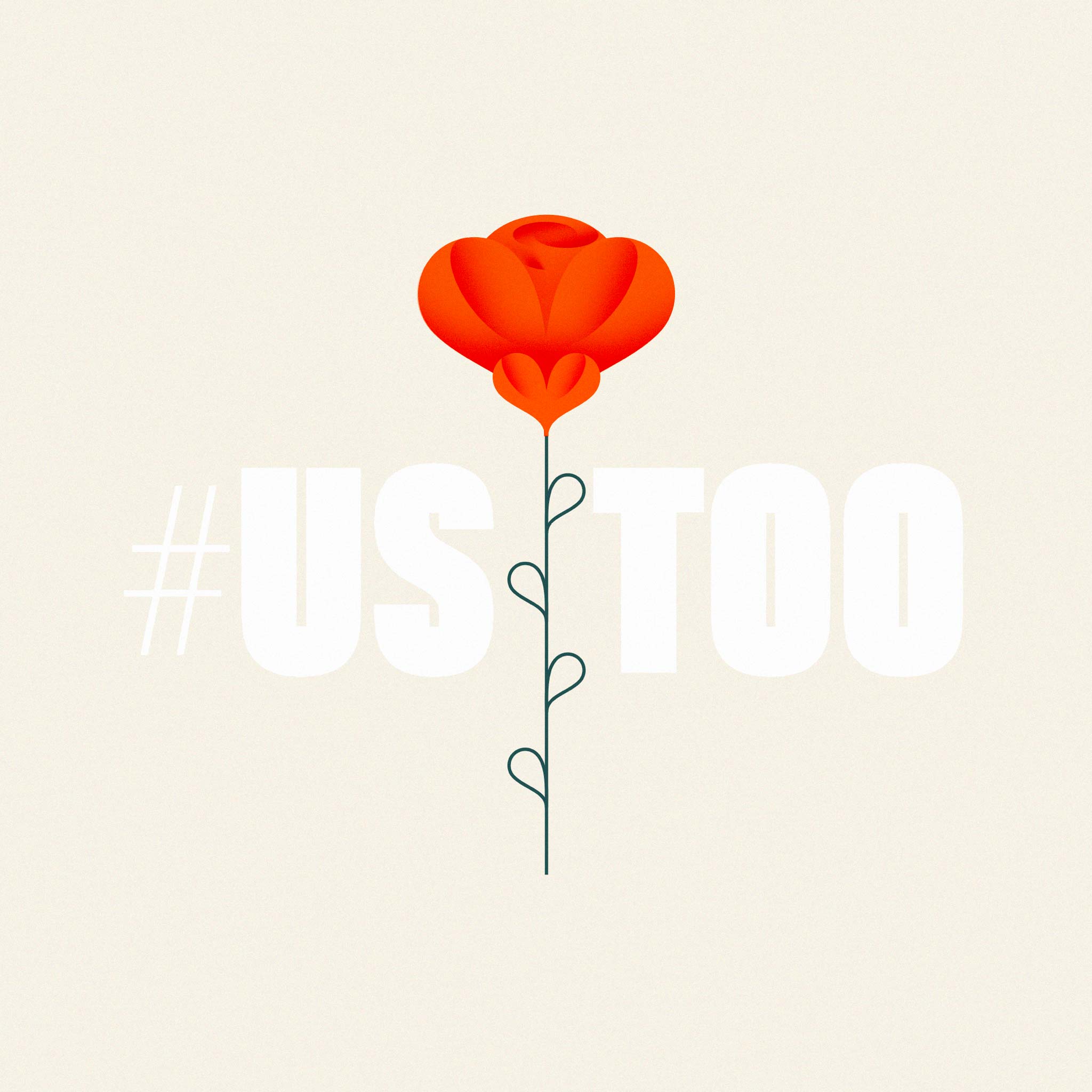 Recently a young member of the NDP came forward with the story of her rape. Her predator? A former Saskatchewan NDP provincial candidate and party vice-president.

What happened in Saskatchewan

In her account, she details the years of sexual harassment that she endured, beginning prior to the 2015 federal election, shortly after her assailant was nominated. She talks about the suggestive text messages that she received, asking her—a teenager—for nude photographs, which then led to her assault this past August. It is an intimate and heartbreaking look at how her pain went undetected (or, perhaps, unacknowledged) by the party she’s cared so deeply for and the people, primarily men, in positions of power in the Saskatchewan NDP.­

Unfortunately, it is also because people are sometimes afraid of hurting the Party, or the reprisals they will suffer if they do

It’s important to recognize that a network of young activists were aware of this particular survivor’s harassment, and they are aware of the harassment that other, specifically young, members of the NDP have been subjected to. But out of fear of the reaction of their colleagues and higher-ups, they don’t come forward. This is certainly not because they don’t want to, but rather because they don’t feel that their experiences (or the experiences of others) will be believed until someone is brave enough to blow a whistle and the story hits the media circuit and blows up.

Unfortunately, it is also because people are sometimes afraid of hurting the Party, or the reprisals they will suffer if they do. Within political parties, the message most often given to victims of abuse is gaslighting, telling them to swallow it, or at the very most deal with it internally. Anything taken up in public or through the judiciary system amounts to the thing that political operatives avoid at all costs: bad press for the Party.

From a multitude of cases known by Courage members alone, abuse and violence is often covered up by people who value protecting the Party and its politicians more than justice for less “important” Party operatives. We feel confident extrapolating from these repeated stories that this problem is endemic, that the NDP has a role to play in ending the hierarchal structure that perpetrates rape culture and enables abuse, and that this statement’s function as a “call out” is valid.

Sexual assault and harassment do not exist in a vacuum. When the status of people in powerful positions as candidates, Members of Parliament, elected Party officials, or management-level political operatives are valued more than the voices of volunteers, riding association members, and lower level political staff, we create a political culture that perpetuates fear and fosters silence. The reward for silence in the political world is a clean reputation, career advancement, or the opportunity to maybe, hopefully, seek out an electoral nomination in the future.

Next to the culture of silence, a sexist and racist political culture ensures that there are very few female and Black, Indigenous and People of Colour (BIPOC) candidates to begin with. When people do decide to put their names on ballots they are often subject to egregious scrutiny, misogyny and racism. Which is to say, if you are a woman, queer, trans or BIPOC and you want to be a politician, you are more afraid of political reprisal than white straight men are. Also, there will often be a powerful male in the Party machine who is taking credit for your rise, and who is congratulating himself for “carving out” space for you.

We do not agree that the Party can say that it has adopted a feminist, human rights, or labour rights based approach…

It is important to note that this culture is not specific to the NDP. We know it to be replicated among all Parties and other intensely hierarchical structures that value loyalty. However, it is also important to state that the NDP is a party of professed feminists, labour rights advocates, and human rights defenders. Notwithstanding accusations of hypocrisy, the Party has done almost nothing to entrench systems and processes in respect to these principles within its own structures. In short, while we agree that these may be the “politics” of the Party, we do not agree that the Party can say that it has adopted a feminist, human rights, or labour rights based approach until it develops systemic ways to protect against violence, violations and abuse. This is part of the reason Courage foregrounds and values a return to grassroots democracy, and transformative power shifting within the NDP.

This is an important moment. Women, trans, and nonbinary folks have been peppering social media with the hashtag #MeToo, sharing personal stories of assault and harassment en masse. While this recent movement is in response to the allegations against Hollywood producer Harvey Weinstein, it is crucial that we address toxic masculinity where we experience it. We are declaring #UsToo (referring to our members who know this abuse from within the Party) and actively pursuing solutions that will eliminate sexual violence from our collective experiences as non-men and members of the NDP.

Of course, men also suffer harassment, abuse, and the negative impacts of cisheteropatriarchy. (Although it is important to note that femininity and the feminine are oppressed by patriarchy while the masculinity and the masculine are privileged.) We are aware of many stories where mens’ labour rights are being abused, or they are suffering harassment from their bosses within the Party and those abuses are also covered up. However, Courage believes that the intersections of misogyny, racism and transphobia compound to make politics less safe for women, trans and nonbinary people than for cis men, and less safe for BIPOC than for white people. To deny that this is a gendered problem is to deny the problem altogether.

Space must be made by Party officials for non-men and BIPOC to express ourselves and speak to the sexual violence, harassment, and abuse that we encounter as members of our political movement. Our accounts must be believed and swift action taken to mitigate future threats of violence within the political sphere. “Everyday” sexism, misogyny, and racism must be treated seriously and training to detect and deal with that oppression must be routinely mandated at every level of operations, especially among managers and politicians.

Meetings, retreats, and conventions are not safe places for those of us who experience threats, violence and harassment

Anti-harassment policies are only effective so long as they are acted upon; however, we must go even further and dismantle the patriarchal systems, such as the “old boys club”, that promote misogyny and sexism, and sustain problematic patterns of harassment. Simply put: meetings, retreats, and conventions are not safe places for those of us who experience threats, violence and harassment to engage in freely without consequence. Older men monopolize convention and council microphones, and use condescending terms like “sister” to bully women into submission and discourage dissent. Those who do speak up at conventions are reprimanded, either by not being voted into executive positions, having slates brought together to make sure they cannot be elected, or having other riding executives told to try and get them back into “the Party line”. Caucus meetings happen concurrently, forcing folks who identify with more than one equity-seeking group to choose which is “more important” for them to attend.

Parliaments, legislatures, political offices and campaigns are also tremendously unsafe and unregulated spaces. Parliament is not subject to the labour code of Canada and no harassment policy exists to protect staffers from sexual abuse. The only reprisal offered is court, which is very public, particularly when a politician (perhaps a beloved one) is the perpetrator. When cases are brought to court, politicians can use “parliamentary privilege” to defend themselves from charges of labour violations. Interns have no protections at all. Campaigns are notorious for running on the inhumanely long hours demanded from campaign staff. The emotional, frenetic and panicked nature of campaign spaces often overshadows the needs of staff and volunteers all in the name of the “greater good”.

As women, trans and nonbinary people, we are constantly aware of our surroundings, and actively avoid the men our whisper networks tell us are dangerous. Some of us, usually staff, are recruited to play interference in protecting known predators from public reprisal. Within these halls of power, we are routinely “tested” on our ability to be “one of the boys” and to act aggressively in a conflict-driven profession. Our complaints are routinely devalued within a workplace that demands absurd displays of masculine strength in the “fight” against opposing Parties. This must change.

Our toxic political culture is experienced, but too often goes unnamed.

The onus is not on us—labourers, volunteers, and interns—to control our environments. Responsibility lies at the feet of the NDP to ensure that the places in which our work is done are safe, are free of violence, and are friendly to young women, older women, trans, nonbinary folks, and parents. To imply that we need to dress a certain way to be respected, or that we must conduct ourselves inauthentically in political spaces to be treated with dignity is to blame and shame the victim. To sweep reported and rumoured instances of sexual violence under the rug is to allow predators to escape unscathed, reputation intact, and deflate the validity of our experiences.

It comes as no surprise to those Courage members with years of experience within the NDP, that a woman was raped on the Saskatchewan NDP’s watch. Our toxic political culture is experienced, but too often goes unnamed. If rank-and-file New Democrats fail to believe that the problem even exists, then they haven’t been listening.

It’s the job of the Party, and every person who holds power, no matter where they stand on the organizational “ladder”, to recognize and validate us and fix the problem. Otherwise the NDP risks losing a variety of talented, diverse activists to movements that will allow us to speak up. Additionally, they will be exposed.

As society itself becomes more comfortable with public exposures of rape culture, violence and other violations, that were until recently unheard of, it will be only a matter of time before the NDP finds itself the focus of historical and current-day scandals and cover-ups.

Courage wishes to take this moment to invite all NDPers who have suffered abuse, and who agree with our Basis of Unity to join our movement, and we wish to say three simple but meaningful words to all NDPers who have experienced abuse: we believe you.