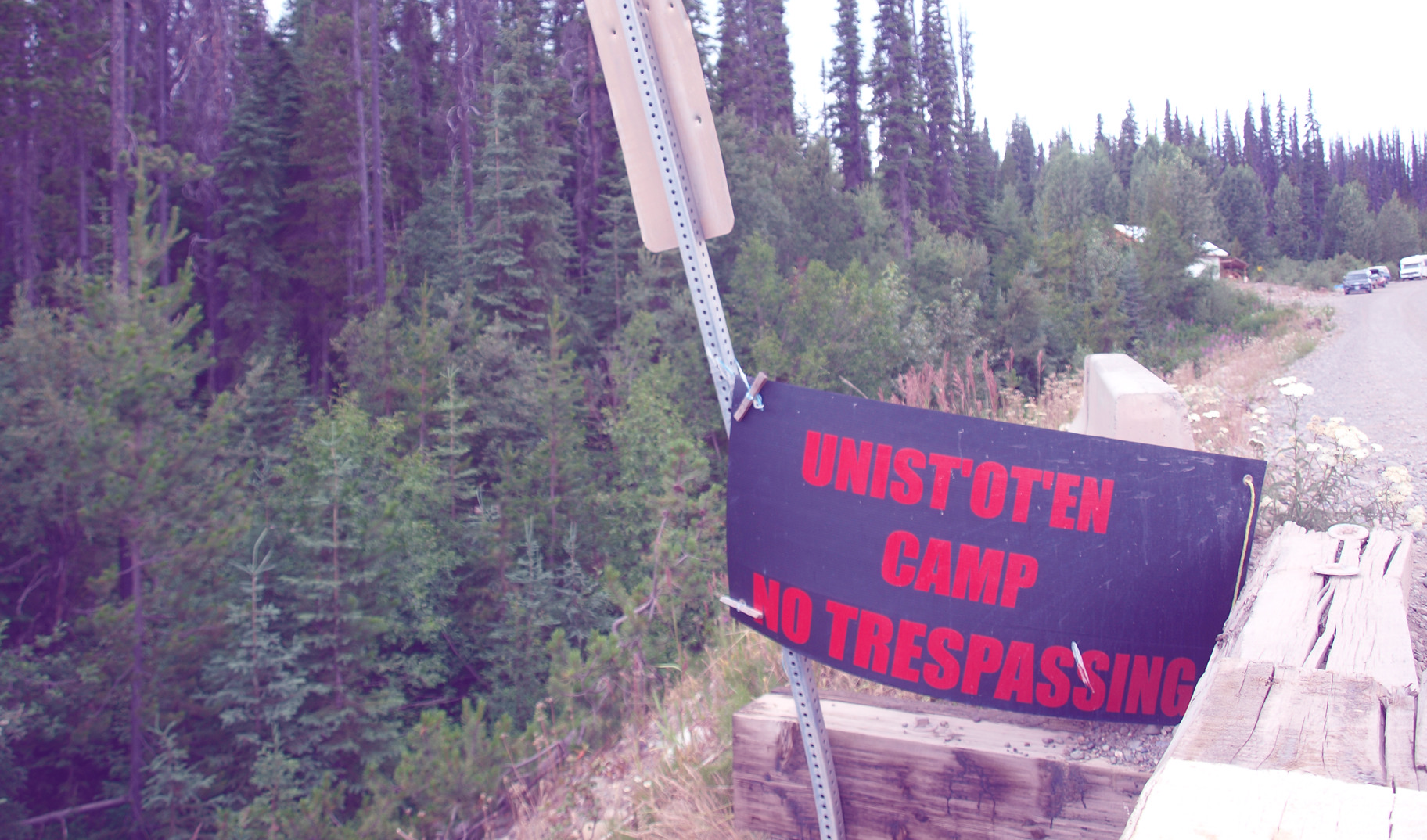 Last week the RCMP raided unceded land to arrest peaceful land defenders. Members of the Wet’suwet’en and neighbouring Gitxsan nations have been camping there at various checkpoints to protect their land against the building of the Coastal Gas Link pipeline.

The pipeline would carry fracked gas from the BC interior to the coast. Fracking has been shown to be damaging to soil and water, and fracked gas creates significant climate emissions. This, at a time when humanity is in a race against time to prevent biodiversity loss and reduce climate emissions to zero.

During the raid, Ricochet journalist Jerome Turner, as well as Amber Bracken and Amanda Follett have been detained repeatedly and put in 60 ft exclusion zones with no wireless access, thereby impeding their abilities to report on the situation.

Courage Coalition condemns these actions by the RCMP.

The RCMP actions have not only been condemned by Amnesty International, the BC Civil Liberties Union and the Canadian Association of Journalists, they are in direct violation of United Nations Declaration on the Rights of Indigenous People (UNDRIP) and Indigenous law, as no consent from Indigenous hereditary elders was given to build the pipeline.

The Wet’suwet’en Nation, like most of the First Nations in BC, has never signed a treaty giving up its Aboriginal title. Several court decisions, including the 1997 Delgamuukw decision, have upheld the right of the traditional title holders, like the Unist’ot’en clan, to fulfill their duty under Wet’suwet’en law to protect the land.

Past NDP governments in BC have gone to great lengths to undermine these rights, responding to panic from industry at the prospect of having to gain consent from Indigenous nations to pursue resource extraction.

Premier John Horgan recently passed a law that was supposed to implement UNDRIP in BC. Despite this, he is now saying that the RCMP are “following the rule of law”.

While Ricochet and other independent media have diligently covered the arrests, mainstream media was slow in covering the story, only doing so when protesters in Regina were nearly run over by a car, and after hearing about media suppression.

Courage Coalition condemns the silence of the corporate media in the face of suppression. There must be freedom for journalists to provide the public with timely reports on RCMP activities.

The decisions of the NDP-led BC government and the federal Liberals violate Canada’s constitution, break the spirit and letter of UNDRIP, and violate Wet’suwet’en law, which is still in effect on their traditional territories.

These decisions also undermine the faith and enthusiasm of the people in whose names these leaders speak, either as electors, residents, or party members.

As such, we believe: