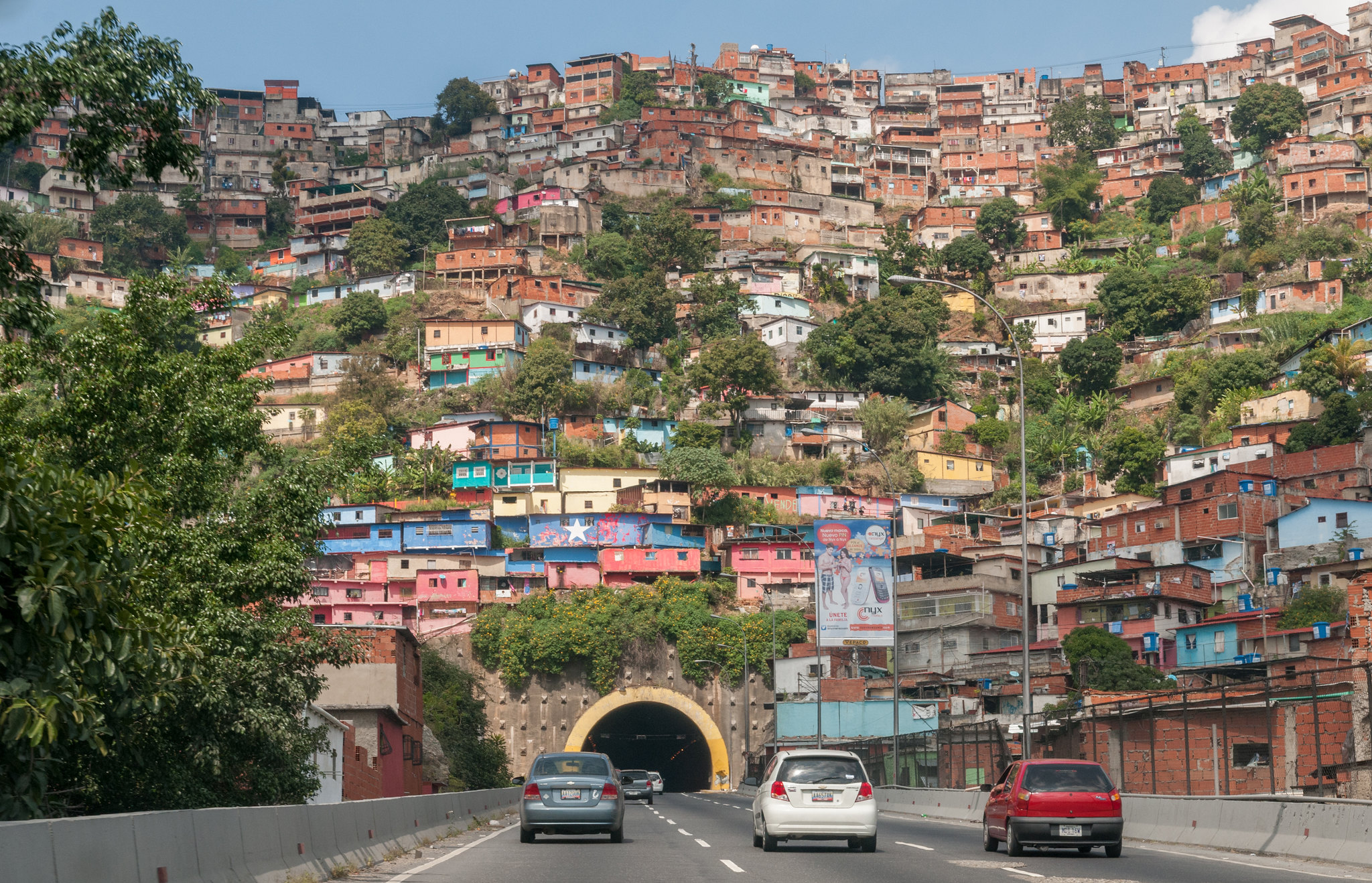 Ever since the United States proclaimed the Monroe Doctrine in 1823, establishing South America as its exclusive backyard, any upstart country on that continent that defied has paid an extraordinarily high price for their troubles.

U.S. sanctions against Venezuela have been devastating. The most recent round, initiated in 2017, prevented the country from restructuring its economy—heavily dependent on oil exports—in the wake of a global oil slump, and reduced the availability of essential goods, including food and medicine. The result was devastating. As Mark Weisbrot and Jeffery Sachs note, “The sanctions reduced the public’s caloric intake, increased disease and mortality (for both adults and infants), and displaced millions of Venezuelans who fled the country as a result of the worsening economic depression and hyperinflation.” An estimated 40,000 Venezuelans died as a result of the 2017 sanctions.

Canadians—and the parties that represent them—–must rise to end their country’s complicity, break from its endorsement of U.S. imperialism’s agenda to control a country that has the world’s largest oil reserves, call for the end of sanctions and extend solidarity through humanitarian aid to millions of Venezuelans.

Military Escalation during the COVID-19 Crisis

The U.S. State Department has used the COVID-19 crisis both as cover for military escalation and as an opportunity to bring new levels of crisis and misery to Venezuela.

The recent exposure of a Colombia-based plot to launch an armed attack on Venezuela with apparent U.S. facilitation was a major escalation. Coming quickly after a U.S. $15-million bounty on President Nicolas Maduro’s head based on contrived drug-trafficking charges, both moves are widely seen as an attempt to divert scarce Venezuelan resources from the COVID-19 crisis.

In April, thousands of U.S. military personnel with hundreds of millions of dollars worth of military hardware—navy destroyers and AWAC planes worth $250 million each—were stationed off the coast of Venezuela. The State Department alleged the mobilization was to counter narcotics trafficking (which is not prevalent in this area) but admitted it also hoped to cause financial harm to Maduro, whom they indicted for drug trafficking without evidence.

The history of U.S. recent machinations against Venezuela is well-known. The U.S. has had Venezuela in its crosshairs since 1999 when Hugo Chavez tapped into the country’s aspirations for national independence and was elected to power in the spirit of Simon Bolivar’s anti-imperialist heritage. Deep-rooted support in the slums and among the rural poor kept him in power until he died from cancer in 2013. The U.S. tried everything to overthrow him: a failed military coup in 2002; encouraging violent demonstrations which damaged public property and cost human lives; a campaign of unremitting vilification on the international stage—these were all on the menu.

But Chavez’s humble roots, his commitment to redistribute to the poor the wealth of proven oil deposits that rank it first in the world, his personal incorruptibility and his refusal to bow to the U.S. policy of Pax Americana enabled him to win election after election until his untimely death.

Maduro, who replaced Chavez as the leader of the Bolivarian Revolution in 2014, has been given the same treatment. Venezuelan assets overseas were frozen. Venezuela was excluded from the world banking system. Hyperinflation destroyed its currency. Shortages of foodstuffs and basic necessities caused hunger and 40,000 deaths since sanctions were imposed. The import ban was extended from initially targeting government leaders to the imposition of sanctions against entire sectors of the economy. The Lima Group consisting largely of oligarchies or vassal states of the U.S. was formed in 2017 to isolate Venezuela and counts among its members brutal repressive regimes such as Peru and Guatemala. It supports efforts of an unpopular oppositionist to declare himself the head of Venezuela and now has more than 50 countries accepting Juan Guaido’s credentials. Guaido, a puppet of the U.S., has promised to open Venezuela’s nationalized oil industry, PDVSA, to majority control by foreign capital through joint enterprises while reversing Venezuela’s long-term support for Cuba and Palestinians.

Venezuela is also rent by bureaucratic deformities that multiplied during Maduro’s rule as well as by Venezuela’s over-dependency on the oil industry, which created economic instability because of the fluctuating price of oil on the world market. Though far from being a petro-state, Venezuela has many features associated with a rentier state model. The pro-Bolivarian nouveau riche who first emerged as a social force late in Chavez’s rule and has multiplied rapidly under Maduro has extended its influence into state administrative recesses and is emboldened by the economic turmoil. Many on the left agreed that there were deficiencies in the administration of the 2015 re-election of Maduro. They also criticized the assumption of much of the legislative authority of the National Assembly by a constituent assembly called by Maduro in 2017, which was boycotted by anti-Chavista forces as well as elements of the Venezuelan left. Yet none of this gives the U.S. a legal or moral right to decide who should govern the country. The Venezuelans will find ways to resolve their political differences as they have in the past since the proclamation of the Republic in 1830 without foreign intervention. But the Trump Administration seeks otherwise. He announced in January that the State Department would pursue a “maximum pressure” policy toward both Venezuela and Iran (which also faces an  already devastating COVID crisis because of  similar sanctions).

Venezuela is one of many examples of the limits of capitalist powers’ support for democracy. If a population’s votes threaten the dominance of powerful blocs of transnational investors, they will use every means at their disposal to overthrow those governments. Opposition to anti-democratic coups is a primordial concern in rich countries that regularly align with U.S. imperialism—like Canada.

The European Union earlier and the IMF, in March, refused to issue a loan for emergency humanitarian assistance for funds Venezuela needs to maintain its efforts to overcome the spread of COVID -19 potentially exceeding the tens of thousands of deaths resulting from the boycott of medical equipment and medicine as well as food as a result of U.S. sanctions. The refusal to lend relief funds by the IMF blocked the purchase of raw materials needed to produce equipment and medicine to stem the crisis. Falling in line with the U.S. State Department’s agenda, right wing governments in Brazil and Columbia have closed their borders with Venezuela. In the midst of this, Guaido attempted to engineer a U.S.-backed coup in 2019, an adventure which failed spectacularly.

So far, Venezuela has attempted to limit the spread of the pandemic shutting non-essential businesses and using physical distancing while attempting to manage the near collapse of its hospitals, the severe shortage of doctors, and sore need for medicine and medical supplies. But without the humanitarian aid and emergency funds denied to it by the IMF—something it routinely grants to all other countries in need—Venezuela’s efforts to stall COVID-19 from spreading will falter. Add to that the previously seldom, if ever, practiced inclusion of medical supplies and equipment to the items barred by the U.S. sanctions, and a tragedy of unimaginable proportion is in the making. Diagnostic kits from China and the influx of doctors from Cuba have provided limited help but without an intact medical infrastructure , the tide of the pandemic’s spread will be difficult to stop.

Appeals to exclude humanitarian aid and medical supplies from the all-encompassing list of sanctions imposed by Donald Trump last August have multiplied recently. The U.N. Commission on Human Rights, leading economists like Jeffry Sachs and Mark Weisbrot, even CNN(!), have recoiled at the inhuman suffering caused by the sanctions. CNN questioned in its daily email on March 30th what the moral calculus is of a policy pursuing regime change when “civilian lives are on the line.” The Rideau Institute has condemned Canada for illegally meddling in Venezuela’s internal affairs.

Canada has run interference for the U.S. military-industrial complex on the “Venezuela file” on matters big and small:

It is apparent that the government of Canada’s made-in-the-U.S. policies on Venezuela are an integral part of and reflect its subordinate role as a handmaiden to U.S. imperialism and as a junior partner in Trump’s adventures. How can Canada pretend to stand for democracy and human rights while supporting the threats to use armed force, recognizing an illegitimate rival as state head and carrying out economic warfare through sanctions that deny a nation support needed to counter the scourge of the pandemic? Trudeau justifies Canada’s role as needed to restore democracy. Is that why he is rubbing shoulders in the Lima Group with brutal militarists and corrupt tin pot dictators who shoot their citizens in the streets when they protest? Is that why Canada played a central role in planing the attempted coup in 2019? Why is he voiceless when Saudi Arabia facilitates the bombing of villages and hospitals in Yemen, and why is he also selling militarized vehicles to it while its leaders permitted their underlings to use a saw to slice and dispose of the body of a critical journalist lured into its embassy in Turkey? Where was his moral outrage against Saudi Arabia then?

And let’s not forget that Canada has a dog in this race—Canada’s government has supported Canadian gold-mining companies seeking compensation for the expropriation of their holdings by the Bolivarian state of Hugo Chavez. In fact, Canadian mining companies have an international reputation for brutalizing and even murdering Indigenous people resisting their destructive enterprises in various countries with impunity and silence from our supposedly moralistic government. Trained in theatrics, Trudeau is skilled in feigning false pretences of moral rectitude. Yet it is clear that Canada’s role in this litany of brutal realpolitik has been to act as a compliant junior partner to the U.S.

It is important to note that prominent New Democrats, such as Niki Ashton and Svend Robinson, have openly criticized the Government of Canada’s servile obedience to U.S. plans to overthrow Maduro’s government. They have advocated that Canada respect Venezuela’s sovereignty and right to determine its own political future without foreign interference and to promote the resolution of differences within Venezuela peacefully by accepting the offer to mediate the conflicts within that country by Mexico. NDP leader Jagmeet Singh declared last year that Canada should break from the U.S.’s “self-interested interference in the region” and that “who is to lead Venezuela should be in the hands of Venezuelans…free of foreign interference.”

These pronouncements were made last year before Trump and his surrogates put the lives and health of innocent Venezuelans at the mercy of COVID-19. Now is the time for the NDP to actualize its pronouncements of solidarity and human compassion by immediately initiating an urgent coalition to campaign for Canada to abandon participation in and oppose the sanctions, disengage itself from U.S. connivance to bring Maduro to his feet, break from the thugs and bullies in the Lima Group, restore diplomatic recognition of the Maduro government, support the mediation efforts of Mexico and cooperate fully in sharing our medical supplies and resources with Venezuela to make up for the unmitigated hypocrisy and abuse that the Trudeau government has been party to over the years. This campaign should seek the widest support from the Greens, the BQ, the QS and from labour councils and unions across Canada and civil society groups to unite together for humanitarian reasons to prevent the impending disaster that Canada has helped to engineer.

The Courage Coalition calls on all Canadians to send Justin Trudeau a message to speak up loudly and clearly in defence of human life as the U.S. tightens the noose around a proud and courageous people with a history of standing up against imperial powers since the continental rebellion led by Simon Bolivar in the early 1800s.