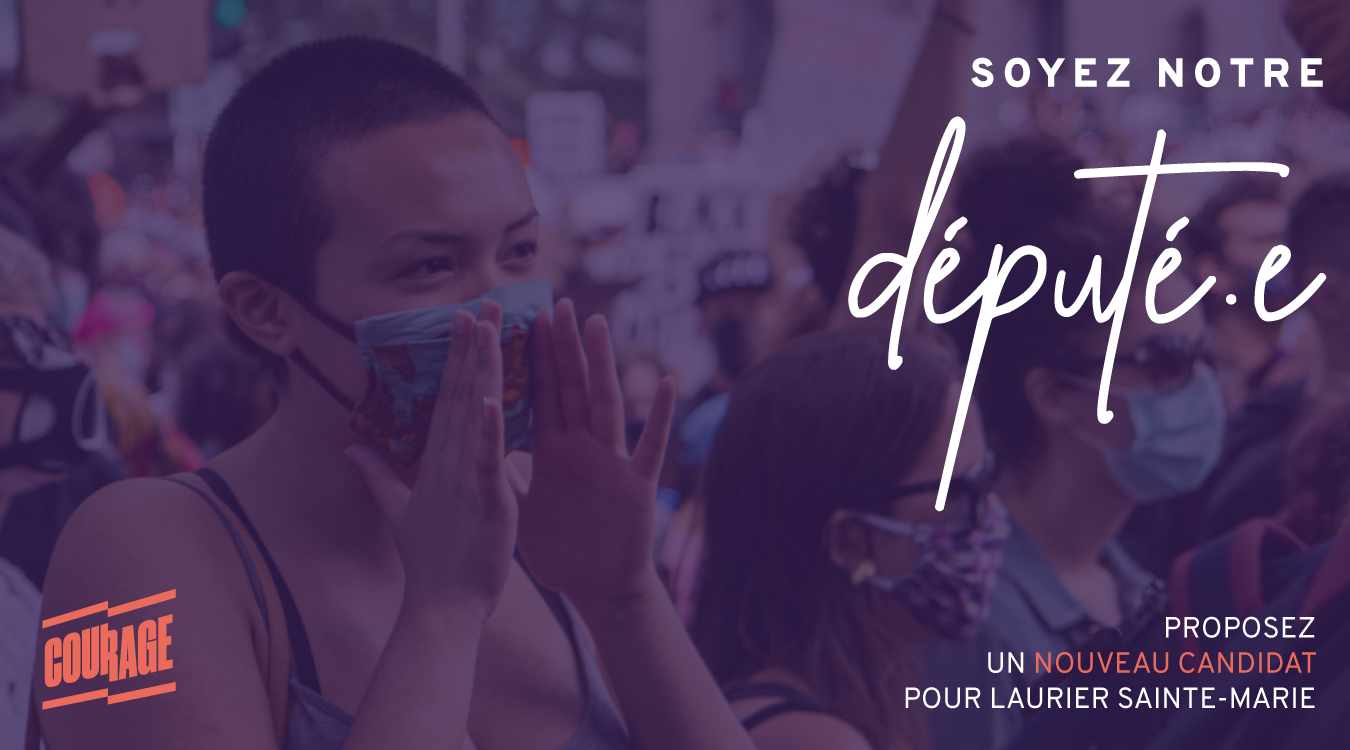 That’s why we’re launching a candidate search. Courage is looking for candidates who, with our support, will run in ridings across Canada in the next federal election under the NDP banner. We have a national membership that could potentially offer support through volunteer recruitment, campaign management and fundraising.

Courage is looking for someone who is willing to challenge the party establishment. We believe that an effective movement candidate will have some of these characteristics:

There is no one personality type that makes a good candidate. Some movement candidates are soft-spoken and build relationships one on one. Some are blunt, and speak the truth no matter the cost. Some are deep listeners, who build the confidence of those around them. Some have an eye for policy details. Some have big-picture ideas about a better future, and delegate the details to others.

We are aware that many of these skills are perceived and valued differently because of gender, race, class background and disability. The challenges can’t be underestimated, but we encourage everyone who is interested in applying to understand their own position and background as a potential asset to movements. We commit to creating support systems for candidates, and listening to what they need. Candidates won’t be alone in this.

Do you know someone who would be a good candidate? If so, get in touch through our form. There is no need to have political experience. We don’t want perfection, we want people who are ready for a challenge and want to learn and build together.