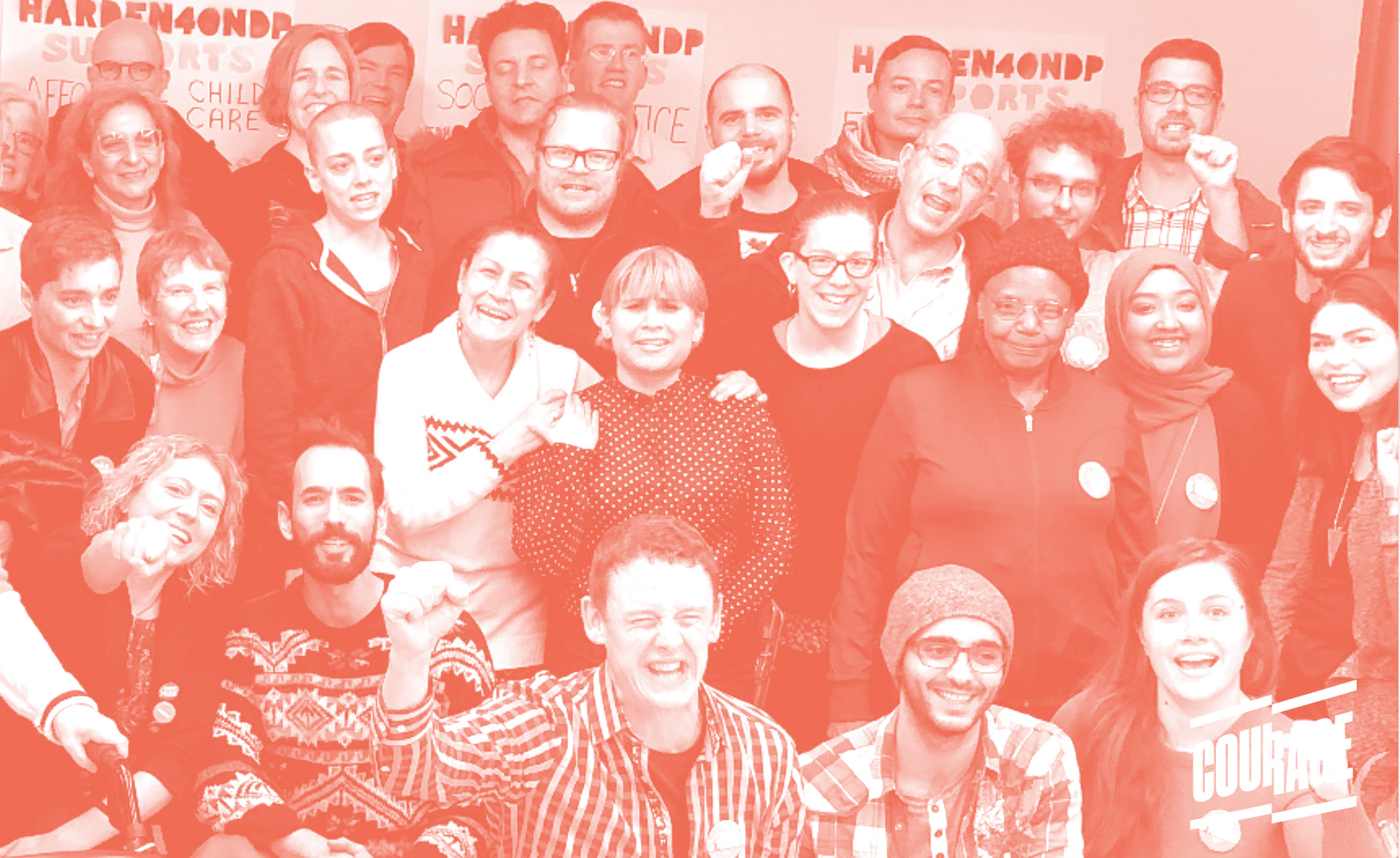 This event was organized by Courage in Ottawa on July 26, 2018. Watch the whole thing here:

By energizing hundreds of volunteers with a bold message, a principled candidate and a break from the traditional mould of campaigning, the Joel Harden campaign turned a long shot campaign into a decisive victory. The Liberals had held the provincial riding of Ottawa Centre since 1995, and Harden faced an uphill battle against the high-profile Liberal and sitting Attorney General Yasir Naqvi. However, Harden won with a convincing 13% margin over Naqvi.

How did the NDP take back a Liberal stronghold with an uncompromising message and energized members? The answer is called “big organizing”, a set of techniques that draw heavily on the organizing that led to outsized results for the Bernie Sanders campaign and many progressive victories since then.

We hear from key organizers with the campaign:
• Jillian O’Reilly, a longtime ACORN activist
• Peyton Veitch, from the Canadian Federation of Students
• Miles Krauter, founding member of Ginger Group Ottawa

They share with us the secrets to the success of the campaign, discuss what they’ll do differently next time, and how big organizing can be used to stop the radical right in its tracks.