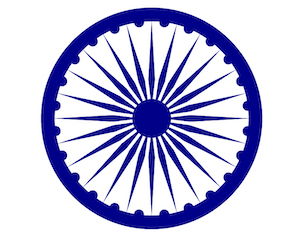 The NDP and Liberals must take a clear position against India’s citizenship law and systemic human rights violations by the right-wing Bharatiya Janata Party (BJP) government.

The BJP-led right-wing nationalist government in India pushed anti-democratic and repressive legislation throughout 2020, a year marked by a “systematic and brutal crackdown on human rights, further restrictions on dissent and civic space, growing prosecutions of human rights defenders, and the rise of hate speech and discrimination against vulnerable groups and minorities,” outlines Human Rights Watch.

From December, 19th, 2019 until March, 24th 2020, when a nationwide lockdown was declared in the wake of COVID-19, millions of people took to the streets to protest a new Citizenship Amendment Act (CAA) legislated by the BJP. The CAA has been deemed unconstitutional by many civil rights leaders and legal scholars, as it introduces religion as a key criterion in determining citizenship.

Along with the National Register of Citizens (NRC) and the National Population Registry (NPR), the CAA actively discriminates against the Muslim community in India, turning away from the framework of a secular national identity that has been central to India’s constitutional and social ethos since winning independence from British colonialism in 1947.

In cities, on campuses, and in communities across India people protesting against this discriminatory law have been met with police brutality. At least 31 people were killed over the course of these protests, with hundreds more left injured. Violent police repression upon students, human rights activists, and anti-CAA protesters, took place in tandem with organized paramilitary violence against progressive protests, often driven by the BJP affiliated Rashtriya Swayamsevak Sangh (RSS) and affiliated vigilant groups. RSS linked right-wing paramilitary groups also broke into university student dorms, beating up students and professors at many campuses in Delhi, including Jawaharlal Nehru University (JNU) and also in Sonipat at Ashoka University, all while police personnel watched like bystanders in cases reported by the BBC. Dozens of peaceful protesters have been killed killed, hundreds injured, and thousands arrested—all disproportionately Muslim.

Meanwhile, the Indian federal administration, which is under BJP control, has continued to incite communal violence within Indian society by targeting Muslim protesters publicly and blaming them for their own circumstance of facing state repression and violence. The Prime Minister of India, Narendra Modi, has blatantly claimed that peaceful protests, organized by human rights groups and Muslim student groups, were causing the violence, while at BJP rallies, affiliated politicians have been demanding, as reported in the Guardian, that “terrorists” (Muslims and progressive protesters) be fed with bullets.

In February 2020, Hindu nationalist mobs stoked by the anti-Muslim rhetoric of BJP leaders such as Kapil Mishra, attacked Muslim communities in Northeast Delhi, resulting in 53 deaths and widespread destruction of property. Throughout these anti-Muslim pogroms, which lasted several days, the police stood by, enabling the violence and, in some cases, even purportedly joining the attacks on Muslims. The Modi government’s silence on these incidents underscores the impunity with which Islamophobia operates within India today.

While coronavirus has monopolized public attention and forced people away from the public realm, the Indian state has been capitalizing upon this lack of attention by cracking down on Muslim activists who (peacefully) protested CAA before lockdown. In the last few months, many protesters, a majority of whom are Muslim, have been arrested under the draconian Unlawful Activities Prevention Act (UAPA). The UAPA gives the government unchecked powers to declare an individual as a terrorist which heavily curtails the right to dissent in India. This despotic attempt to arrest protestors under UAPA explicitly demonstrates the complicity of the judiciary in the quashing of dissent in India.

In response to the ongoing crisis of human rights in India, the United States, the European Union, and the United Nations secretariat have all called on the Modi government to scrap its discriminatory policies. International human rights organizations, including Human Rights Watch (HRW) and Amnesty International, have spoken firmly against the CAA and the wave of human rights violations taking place in India, particularly against Muslims. The European Parliament passed six resolutions condemning the CAA for potentially creating “the largest statelessness crisis in the world”. Genocide Watch has issued a Genocide Alert for Assam and Kashmir, two states with major Muslim populations in India.

Across Canada, people have been protesting and calling on the Liberal Party and the NDP to denounce India’s discriminatory law. For instance,  Indians Abroad for a Pluralist India in Vancouver and activists working with CERAS AND India Civil Watch in Montréal have been organizing and acting to protect human rights in India in the face of the CAA. Despite multiple anti-CAA protests across the country, Canada’s Liberal government has been largely silent on this issue and the NDP has issued only a few notices of serious alarm on this internationally condemned and discriminatory law in India.

Given the serious economic and political links between Canada and India, there are clear ways for the Canadian government to take concrete action both economically and politically, and to move from rhetoric to action. Specifically, the Canadian government must suspend the bilateral negotiations toward the Comprehensive Economic Partnership Agreement and a Foreign Investment Promotion and Protection Agreement (FIPA) that remain in motion. Canada must take concrete and consequential action in response to this move toward a violent sectarian framework for Indian identity that the BJP is pushing, by immediately suspending economic cooperation agreements between Canada and India.

The NDP also must speak up about this specifically and clearly call for a suspension to all negotiations toward the FIPA between the government of Canada and India.

It is also essential that Canadian political parties issue clear statements condemning the CAA, NRC and NPR as fundamentally discriminatory, and to exhort the Indian government to repeal them immediately. Should they fail to address these serious violations of human rights, Canada must move toward sanctioning BJP officials for their continued efforts to legislate systemic oppression toward minorities and incite political violence against minority communities in India, particularly Muslims.

Beyond words, Canada must take political and economic action. It has been loudly and clearly called for by important groups within the Indian diaspora, in early December 2020, a response to this moment of human rights crisis in India. This crisis of injustice in India, under the BJP, is also deeply evident in the pro-corporate and anti-farmer farm laws passed by the BJP government, which are facing fierce resistance right now. Let us stand in solidarity with social movements in India struggling for economic justice, human rights and equality.